P.S. Whispersync the audiobook at Amazon for only $7.47! 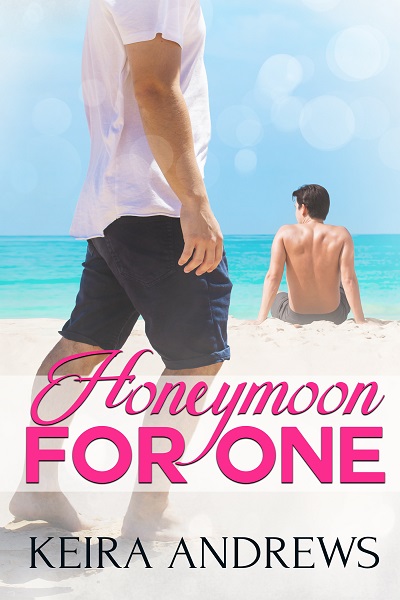 The wedding is off, but the love story is just beginning.

Betrayed the night before his wedding by the supposed boy of his dreams, Ethan Robinson escapes the devastating fallout by going on his honeymoon alone to the other side of the world. Hard of hearing and still struggling with the repercussions of being late-deafened, traveling by himself leaves him feeling painfully isolated with his raw, broken heart.

Clay Kelly never expected to be starting life over in his forties. He got hitched young, but now his wife has divorced him and remarried, his kids are grown, and he’s left his rural Outback town. In a new career driving a tour bus on Australia’s East Coast, Clay reckons he’s happy enough. He enjoys his cricket, a few beers, and a quiet life. If he’s a bit lonely, it’s not the end of the world.

Clay befriends Ethan, hoping he can cheer up the sad-eyed young man, and a crush on an unattainable straight guy is exactly the safe distraction Ethan needs. Yet as the days pass and their connection grows, long-repressed desires surface in Clay, and they are shocked to discover romance sparking. Clay is the sexy, rugged man of Ethan’s dreams, and as the clock counts down on their time together, neither wants this honeymoon to end.

Honeymoon for One is a gay romance by Keira Andrews featuring an age gap, a slow burn of newfound friends to lovers, sexual awakening, first-time m/m sex, and of course a happy ending.