You are here: Home / blog / Lifeguard romance out now!

It’s release day for my new MM romance! My last release was Christmas 2018, so I’m very excited to finally have a new book for you. When I was in Australia earlier this year, I got hooked on Bondi Rescue, and this (completely fictional!) romance between a trainee and an older, very closeted lifeguard was born. I hope you enjoy it! <3 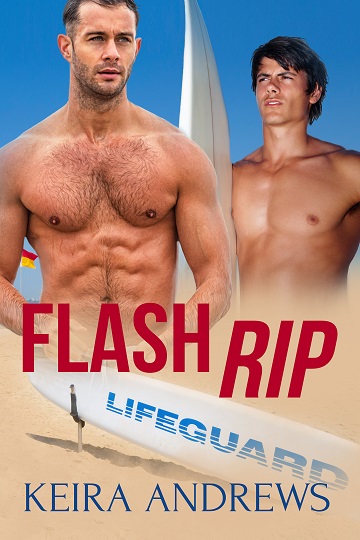 The most dangerous current is between them.

Training to be a lifeguard at an Australian beach is tough work, but Cody Grant loves a challenge. He spends long days in the sun and surf rescuing swimmers from treacherous rip currents while trying not to lust after senior lifeguard Liam Fox—who is deeply, painfully closeted.