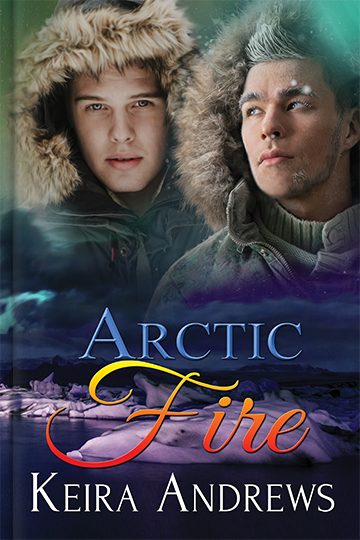 This gay romance from Keira Andrews features forced proximity, hurt/comfort, opposites attracting, love where you least expect it, and of course a happy ending.

“The writing and character development was flawless. I loved the snark and witty banter between the MCs, felt their pain very deeply and got warmed a thousand times over by their passion.”
~ Gay Book Reviews

“This book was a far more substantial read than a number of full-length novels I’ve come across…. A highly recommended five-star read.”
~ Dog-Eared Daydreamer

“[T]ug at just the right heartstrings, and you hook me pretty much every time…. The rugged and barren landscape only adds to the story’s tension.”
~ The Novel Approach

“Keira Andrews gets the job done with sexual tension, a beautiful but dangerous landscape, and two hurting men who suit each other better than they expected.”
~ Sinfully Gay Romance Book Reviews