You are here: Home / Library / Voyageurs 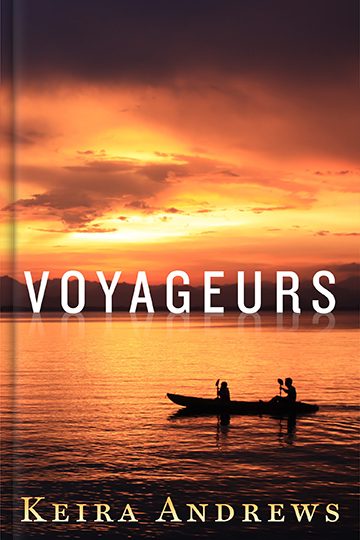 It’s 1793, and Simon Cavendish needs to get to his station at Fort Charlotte, a fur-trading outpost in the untamed Canadian wild. The fort is only accessible by canoe, and there’s just one man daring enough to take him on the perilous, thousand-mile journey from Montreal this late in the summer.

Young Christian Smith, the son of an Ojibwe mother and absent English father, is desperate for money to strike out on his own, so he agrees to take clueless Simon deep into the wild. As they travel endless lakes and rivers, they butt heads.

Yet the attraction between Simon and Christian, two men from vastly different worlds, grows ever stronger. Locked in a battle against the wilderness and elements, how long can they fight their desire for each other?

This historical gay romance from Keira Andrews features enemies to lovers, rough sex, and of course a happy ending.

“[T]he writing evokes the majesty of the Canadian north, with its lakes, rivers, and forests. There is a fair amount of excitement, especially near the end, which resulted in a satisfying and realistic conclusion.”
~ Speak Its Name

“Kudos for Andrews for being period appropriate in her depictions of her two protagonists, both in language and in situation—this was well done.”
~ Cryselle’s Bookshelf