You are here: Home / Library / The Christmas Deal 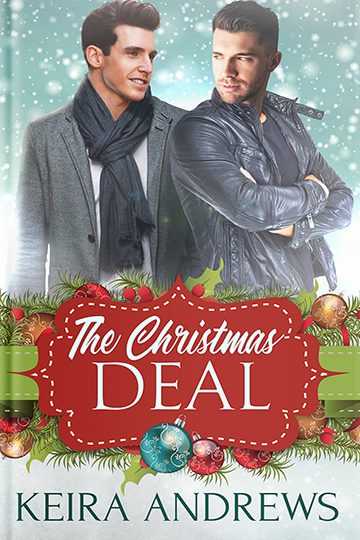 “Yes, this is another fake boyfriend/fiance story, and it’s OH, SO GOOD: poignant, gentle, sensual, with a touch of hurt-comfort.”
~ My Fiction Nook

“Looking for a fun and sweet holiday romance with dual POV, some heat, a humorous caper, and a wonderful HEA ending? Look no further!”
~ Gay Book Reviews

“I’ve read some absolutely smashing Christmas books so far this year and now Keira’s is currently sitting at the top of the tree…. It had absolutely the right mix of festive cheer and sharp pain to stop it ever becoming overly cloying.”
~ Mirrigold: Mutterings & Musings