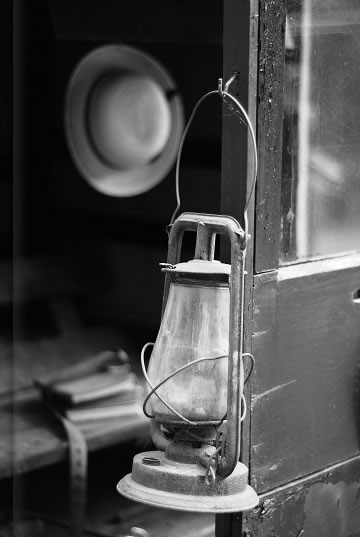 This little extra scene featuring Isaac and David takes place after A Forbidden Rumspringa and before A Clean Break. Enjoy!

As the bus rumbled over an uneven section of asphalt somewhere in southern Montana, Isaac could almost imagine he was on a train.

Splattered with slush, and the windows stained with a white sheen from the road salt, the Greyhound powered onward in the pale light of impending dawn, its engine a constant growl instead of the familiar clip-clop of hooves. Isaac wondered how many horses it would take to go this fast.

The side of David’s head was hard where he slumped against Isaac’s shoulder, but Isaac didn’t budge. Pinned between them, his arm was falling asleep, but David needed to rest. For endless miles David had stayed alert, sitting up straight, and his eyes darting around the bus at any movement from other passengers. It was as though he expected Bishop Yoder and Deacon Stoltzfus to burst from the tiny bathroom in the back and drag them back to Zebulon.

People came and went, and now Isaac counted thirteen other passengers scattered through the bus. Most seemed to be sleeping, although an older woman several rows ahead near the driver had her little light on above her seat. Isaac could hear the scrape of paper as she turned the pages in her book.

The highway slashed through flat fields of snow with mountains soaring in the distance. It was beautiful and strange, and Isaac watched the land brighten inch by inch with golden light that washed over the white-dusted clusters of pines.

As they flew along the road, empty but for the odd passing vehicle, he listened to the murmured conversation of a man and woman a few rows behind. He couldn’t make out what they were saying, but it lulled him. When he was a boy, he’d listened to Mother and Father in their rocking chairs downstairs reading Bible verses after the children had all been sent to bed. Isaac had always drifted off quickly listening to the creak of oak and soothing cadence of their voices.

The pang of longing swelled in his chest, and Isaac squeezed his eyes shut with his forehead pressed to the cold glass. They’d be awake by now—Mother, Father, Ephraim, Nathan, Katie, and Joseph. All bustling about in the dawn as usual, seeing to the chores and starting a new week. Would anything be different today? Were they worried about him? Were they angry? Did they know he loved them?

For a moment, panic clawed at him, a chorus of voices in his mind clamoring for him to go back. If he and David returned, all would be forgiven. They wouldn’t break their families’ hearts. They might still get to heaven. Stomach clenching, he sucked in a breath.

Blinking, David lurched up. “Isaac? What is it?” His voice was too loud in the hush of the sleeping bus.

“Shh, shh.” Isaac exhaled and sat back, relaxing again. “It’s okay,” he whispered. “I was just thinking about home. It’s hard to leave them.” He laughed a little. “That’s an understatement.” Reaching up, he patted down a stray lock of David’s dark hair. “Go back to sleep.”

David glanced at the empty seats across from them before taking Isaac’s hand and threading their fingers together. “You should sleep now. I’ll stay awake.”

Isaac shook his head. “I don’t want to miss anything.”

“Where are we now?” David smiled softly and stroked Isaac’s knuckle idly with his thumb.

“Montana, but I think we’re almost to Idaho.”

“So far away already.” David blew out a long breath. “It doesn’t seem real.”

“Not yet,” Isaac agreed. It was strange to be wearing English clothes again—David’s too-big spare hoodie and jeans. But it was exciting too, especially to think that soon he would have new things that were all his and not even a bit Amish. “I can’t believe I’m really going to see Aaron again. All these years I prayed he’d return to us. Now it’s me going.”

“I can’t believe it either. I…” David swallowed hard, his eyes going distant and his body tense.

But David shook his head. “Nothing. Everything will be all right. We’re together.”

“We are. We really are,” Isaac whispered. He couldn’t help but grin.

David lifted their joined hands and pressed a kiss to Isaac’s skin. A giddy thrill skittered down Isaac’s spine. We can do this now. We’re allowed. He sat up straighter and peeked over the seats. No one was looking. He kissed David tenderly, and they breathed each other in, tasting and teasing slowly as if they had all the time in the world.

Warmth unfurled in Isaac’s belly, spreading all the way to his fingers and toes and filling in the cracks of doubt and fear. They slouched in their soft blue seats as the new day began, nuzzling with hands clasped as the miles piled up behind them like freshly fallen snow.