You are here: Home / Library / Kick at the Darkness 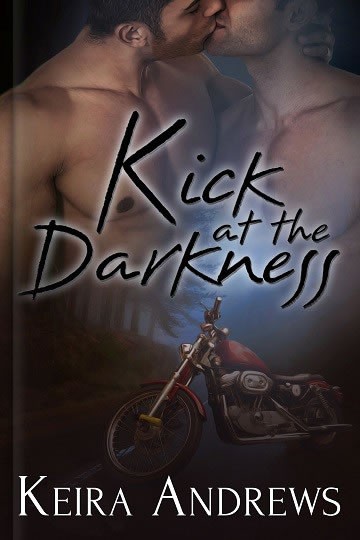 Kick at the Darkness by Keira Andrews is a gay romance featuring enemies to lovers, sizzling first times, forced proximity, two young men finding love in the zombie apocalypse, and of course a happy ending. Book one in the Kick at the Darkness M/M shifter romance series.

“[L]ove scenes were hot and very well done… I didn’t want to put it down.”
~ Two Chicks Obsessed with Books

“[I]nventive and refreshing, and you will be glued to the pages cover to cover like I was… 5 stars.”
~ Bike Book Reviews