You are here: Home / blog / New release!
NEW RELEASE! This is the sequel to Valor on the Move, my May-December forbidden romance. As the president’s closeted son, when Rafa fell in love with his Secret Service agent he never thought they could actually have a future… 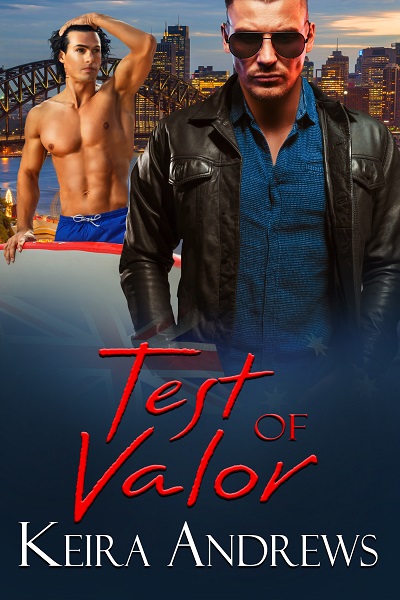 They’re free of the White House, but can their forbidden romance survive in the real world?
With his father no longer president, twenty-two-year-old Rafa Castillo can finally be with ex-Secret Service agent Shane Kendrick. Shane’s given up his career for Rafa, a move his fellow agents question the sanity and morality of. Eager to get away from the questions and judgement, Rafa and Shane are building a new life together in Australia. Though Shane struggles with nightmares and his over-protective instincts while Rafa fights his own insecurity, they love each other more than ever.
Now they just have to get through a visit from the former president and first lady.
Rafa’s parents certainly don’t approve of his romance with forty-year-old Shane, and they’re determined to make him see reason. They don’t see how their son could possibly be happy settling down with an older man, and they question Shane’s motives. Shane and Rafa just want a normal life together—but when they must suddenly battle for survival, they fight to prove their fierce love can withstand any threat.
This gay romance from Keira Andrews is the conclusion of the Valor duology. It features a May-December age difference, sex on the beach, and of course a happy ending.
Share on FacebookShare on TwitterShare on Pinterest